My name is Tracie Parra. For the past nine years I have had and shown herding dogs as well as some hounds. As a family, my daughter Alicia, mom Sharon, and I enjoy dog shows. My first show dog was an Australian shepherd in 2011 and later a border collie in 2012. Although I still love my herding dogs, I wanted a dog that would be fierier and more challenging. A terrier seem to fit the bill.

In the fall of 2015, I was introduced to Keith Bailey through a wonderful mutual friend, Marcelo Chagas. I told Keith I was looking for a Welsh terrier that I could both show and have as part of our family. Keith spent hours talking to me about the grooming requirements and temperament of the Welshies. She had tremendous knowledge of the breed and was so kind as to offer to help me along my journey. After voicing my understanding of the time and work that would need to go into such a dog, I told her I would wait patiently for the right one to come along.

At the end of March 2016, I got a long awaited phone call from Keith. There was a potential puppy available for us and she wanted my family and I to come meet her. On April 1st, April Fools Day, my mom, Sharon, daughter, Alicia, and I drove to Knoxville to meet baby Lulu. She was a five and a half month old bundle of joy and just as cute as could be. After visiting with Keith, Sharon, and baby Lulu, we decided she was the one for us.

Lulu very quickly lived up to her namesake of the animated character “Little Lulu” – a dark haired little girl in a red dress who always tried to do good deeds but seemed to find mischief instead. We named our real life Little Lulu after the animated character’s theme song and our Lulu became Bayleigh Shaireab’s Swingin’ On A Star.

The grooming for the show ring proved difficult and I sought help wherever and whenever I could. I showed Lulu myself, finishing her AKC Championship and Grand Championship by December of 2017. This was a great accomplishment to me as she was 100% novice owner-handled and groomed in a world of terrier experts.

Following Lulu’s first litter in late January of 2018, my daughter started to learn how to groom and began to show her in junior showmanship. Although Lulu was a handful for a young junior, Alicia didn’t give up and as a team, her and Lulu went on to win multiple Best Junior Handler Awards.

Lulu is now retired from the show ring and spends her days at home with my daughter and I, or at my mom (Sharon)’s house. Her favorite pastimes are getting treats and chasing squirrels through the yard. 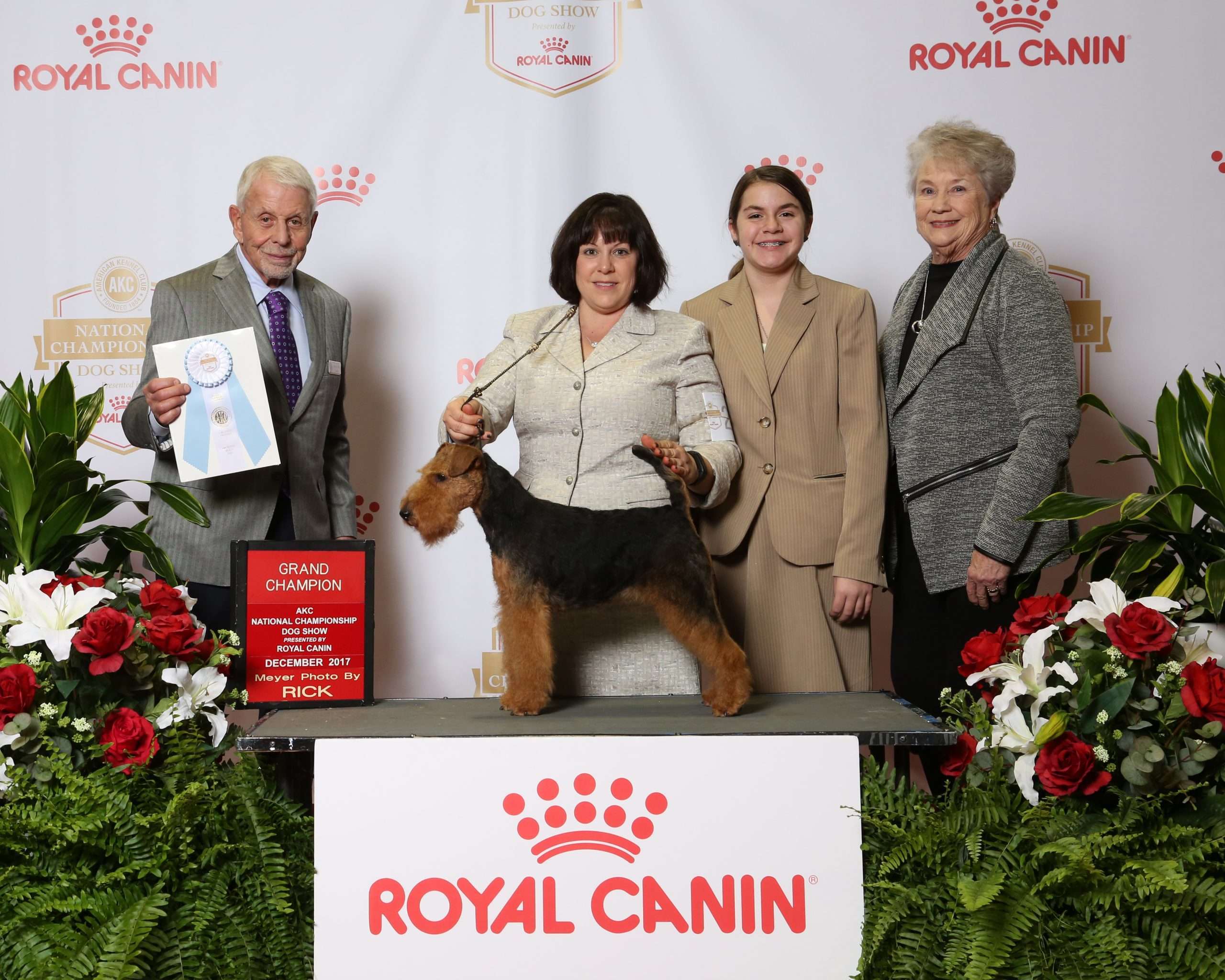 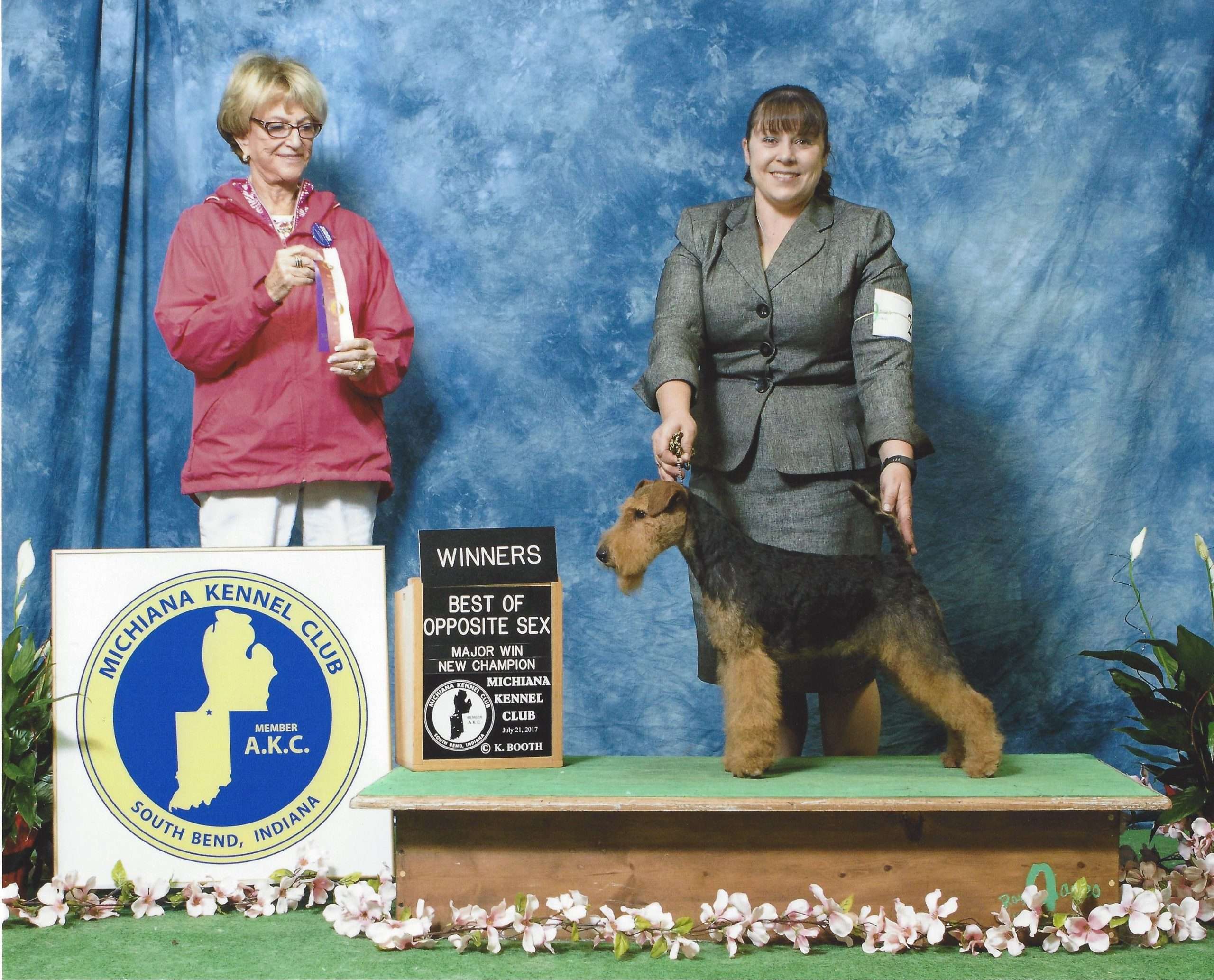 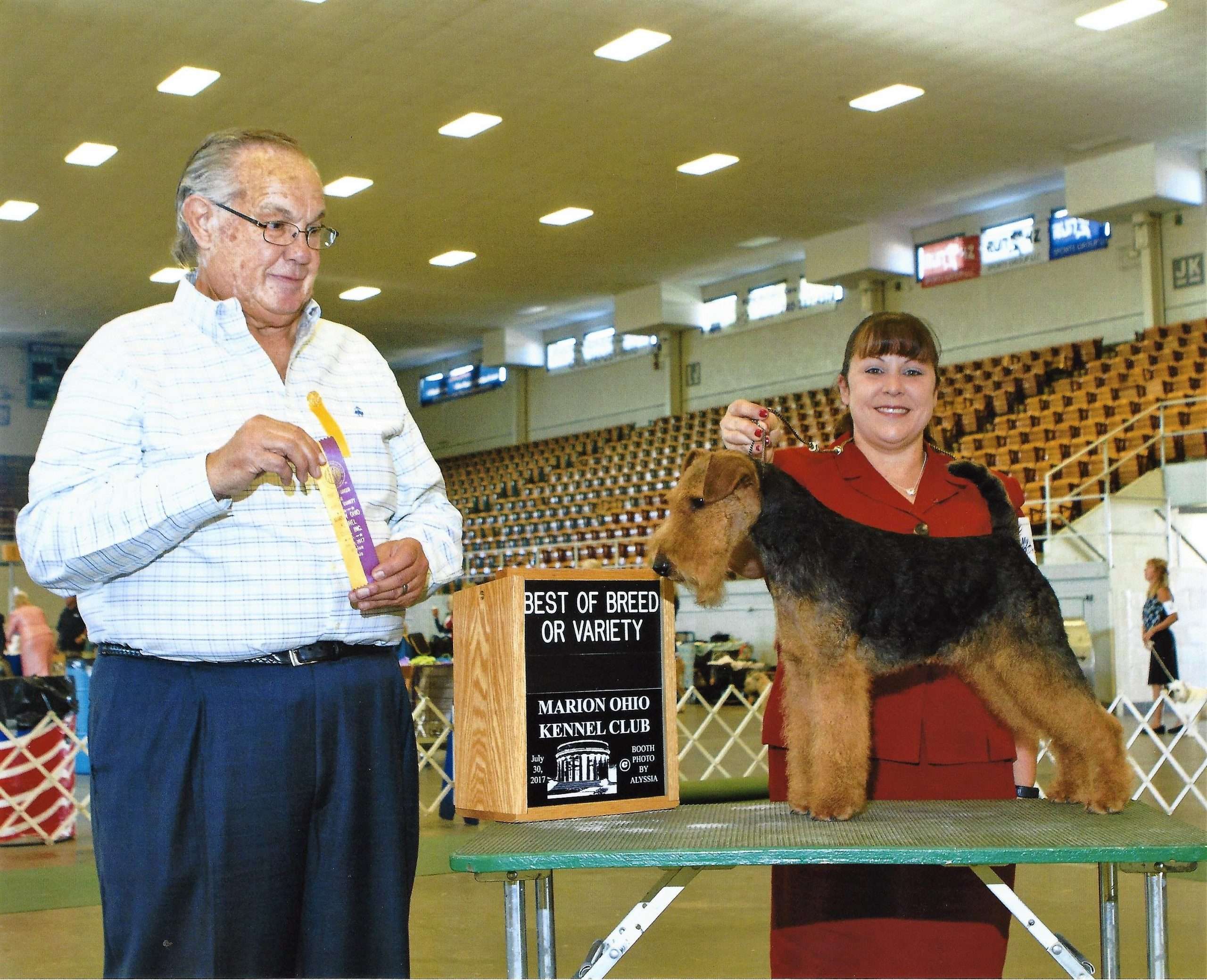 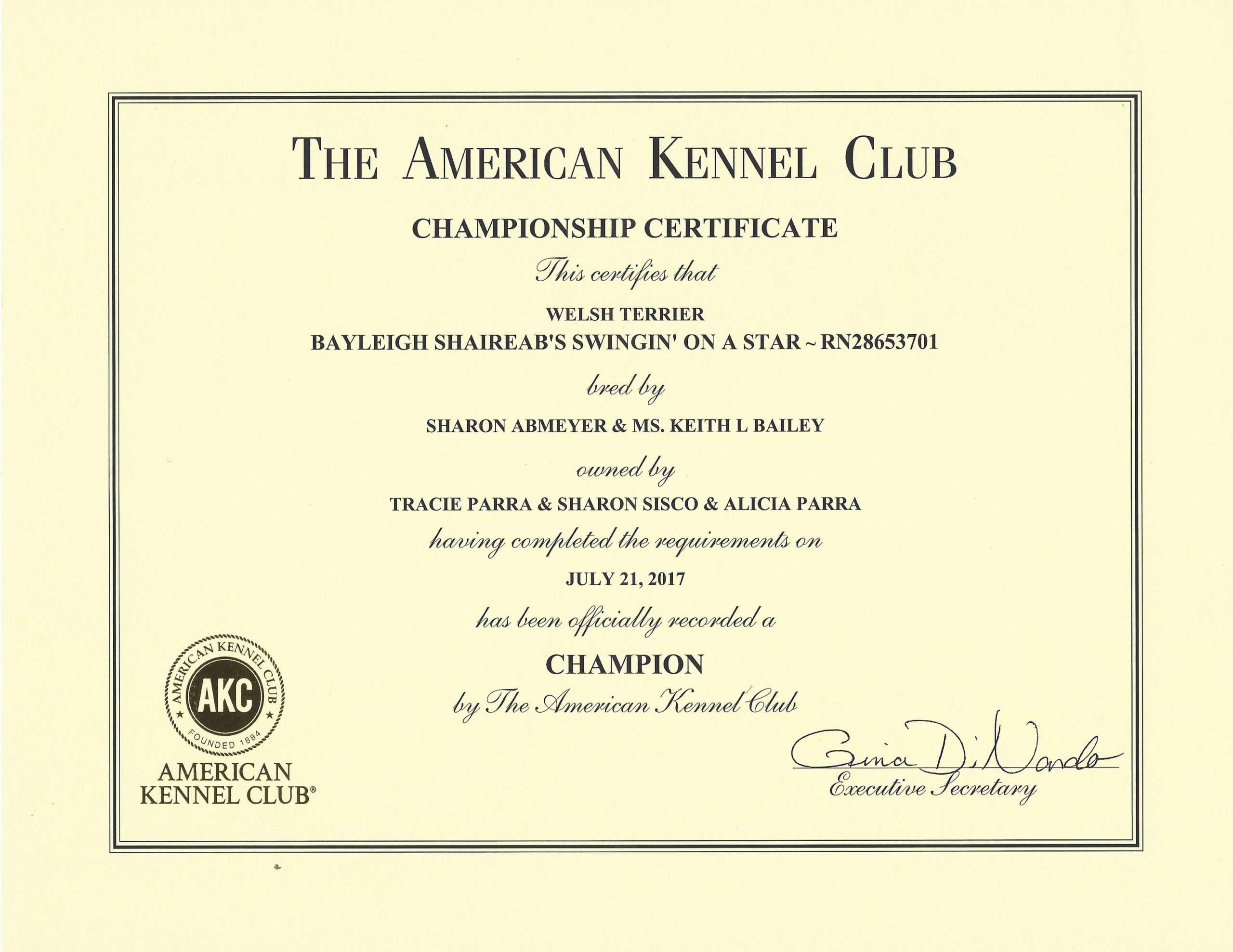 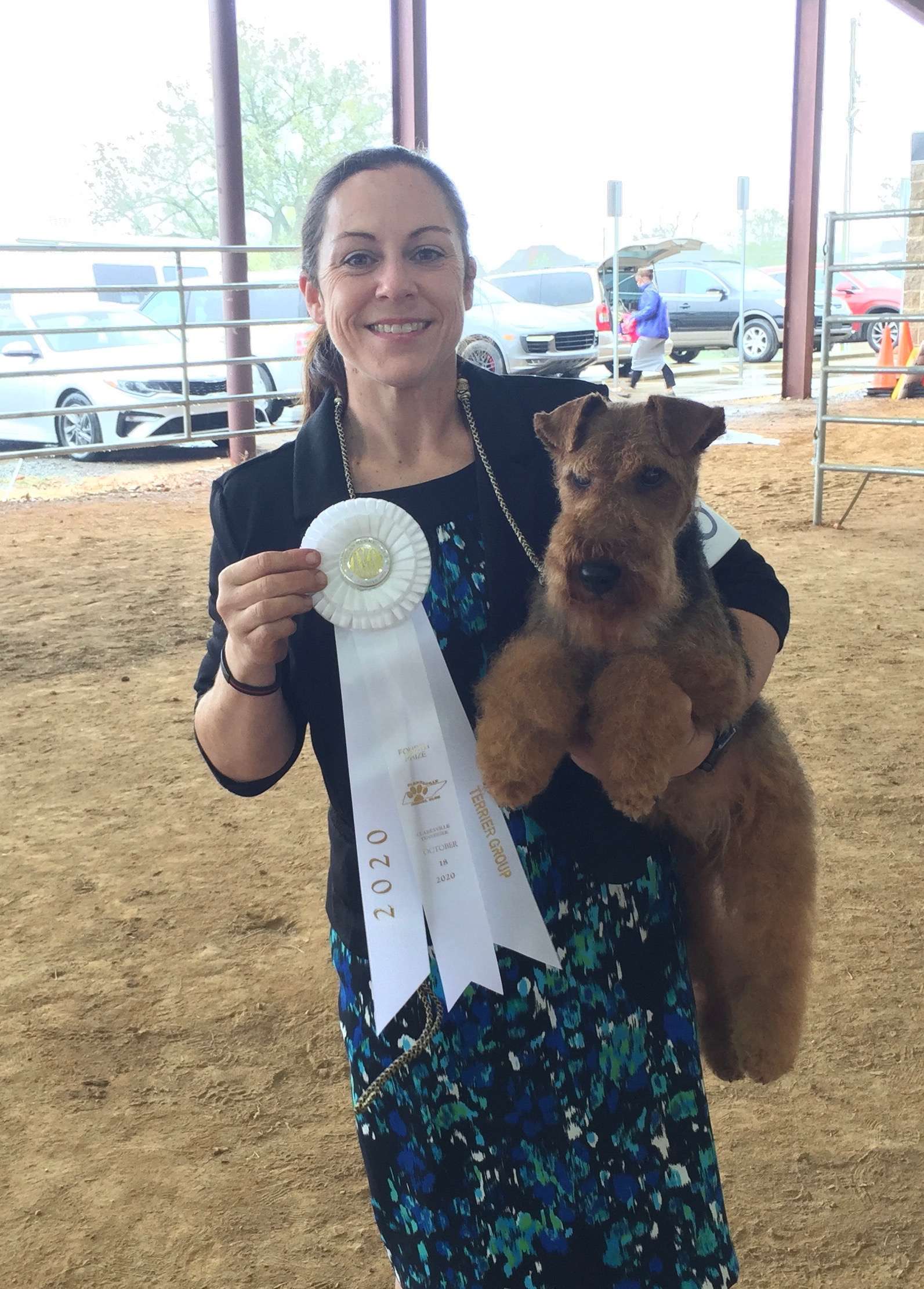 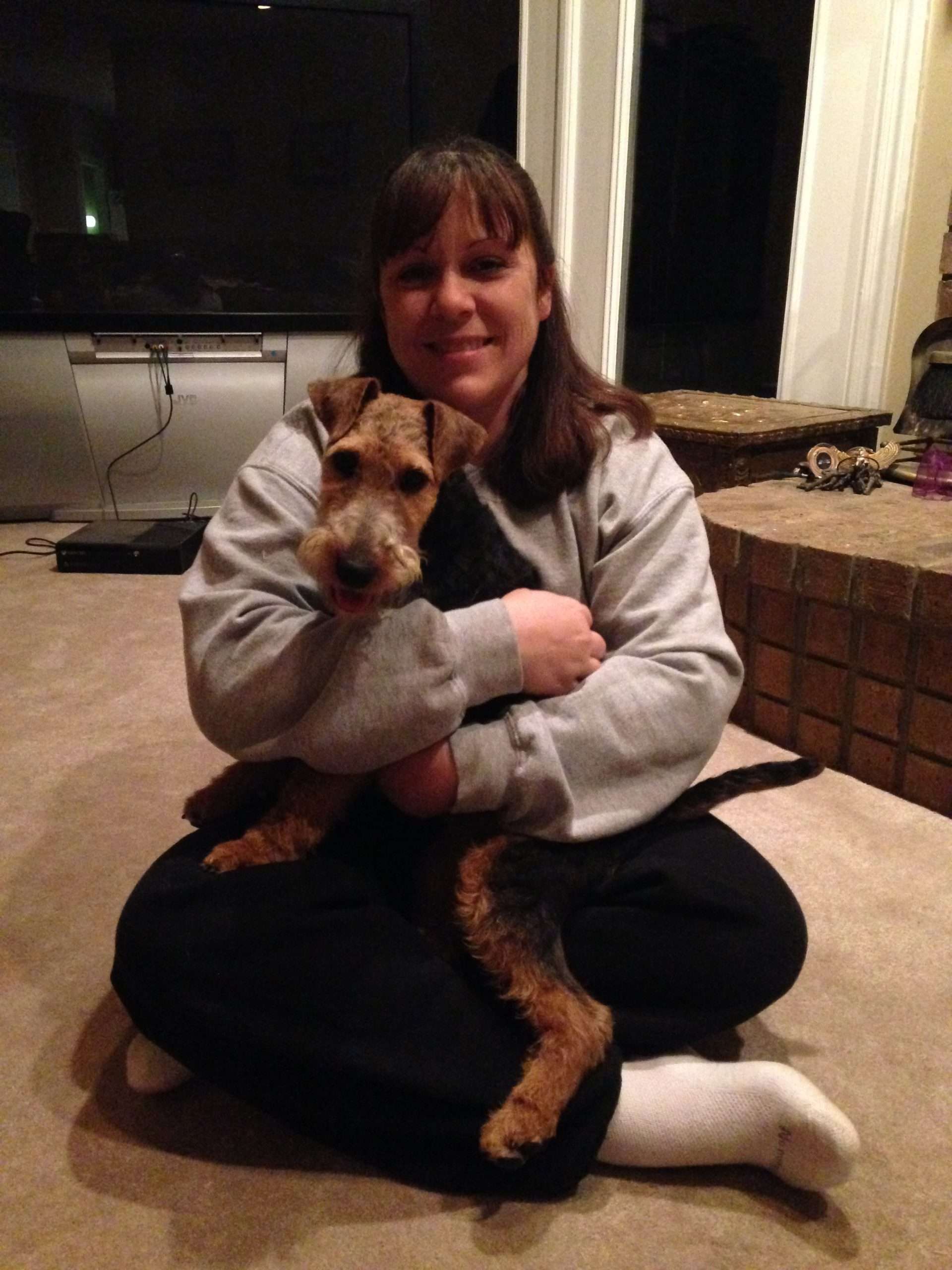