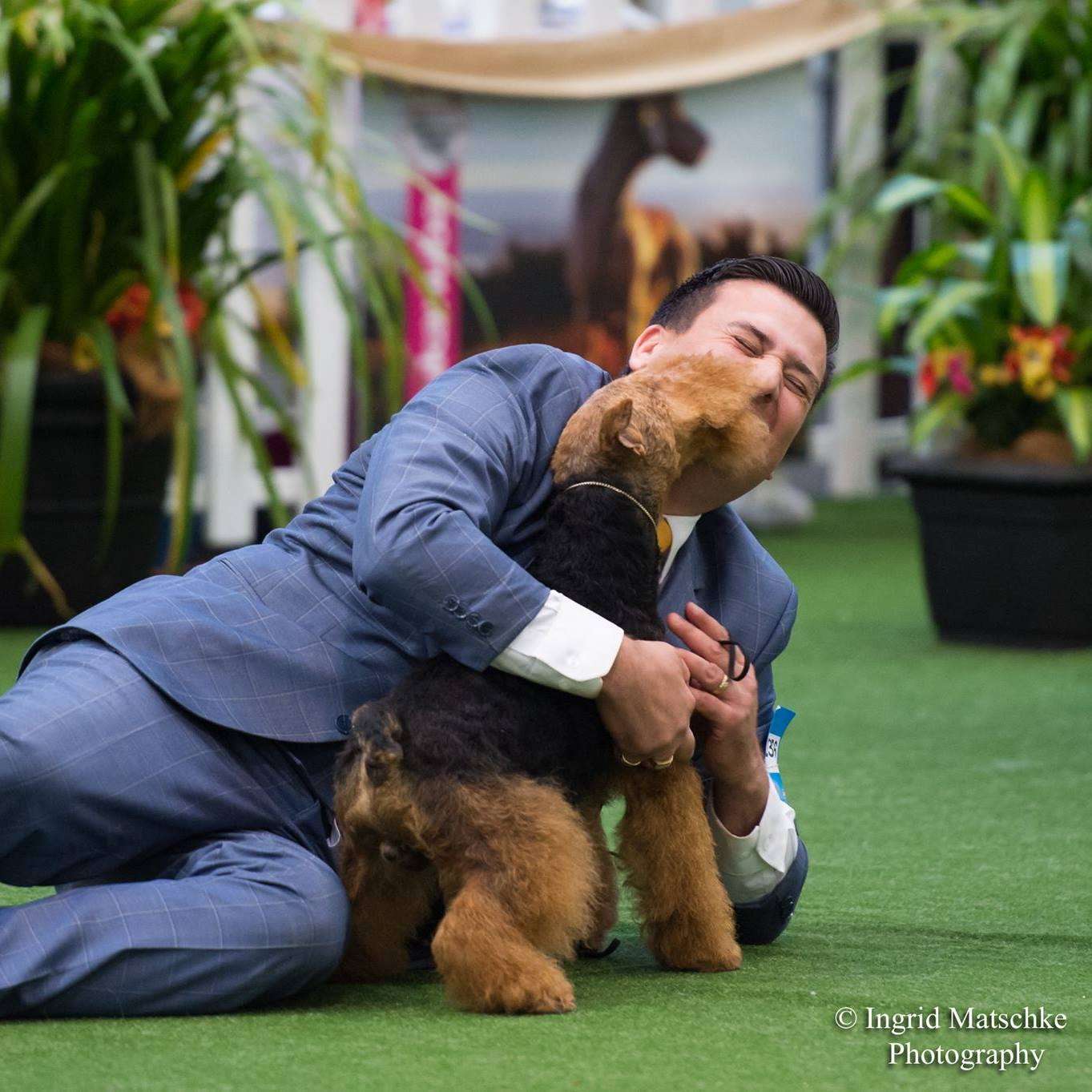 How Logan Became part of our Family here in Australia

In 2015 I decided to visit the Westminster Kennel Club Dog Show in the USA. I have been to Madison Square Garden before, however, this time I was on a mission to see Welsh Terriers — as many as I could. I called a friend of mine in the states and broke the news to her that I was coming over for the show and to have a bed ready for me. I told her my plan and she said “make your trip a little longer because there is a welsh specialty here in Richmond, VA and it’s only a few hours down the Road”.

I told my wife “instead of being away for 12 days, I would be away for 4 weeks because of the time between the shows.” You can imagine how this went down in my household…” I think I am still paying for it!

I arrived from Australia on Wednesday afternoon, was picked up from the airport, and taken home for the night. Come 6 AM Thursday all-hands-on-deck packing the car, washing dogs, and doing the final touches. Then off we go to start our dog show weekend in Richmond,VA — it was very cold for this Aussie boy who only likes the heat.

We pull up to the show-grounds (Richmond Raceway) and unload for the night. The next morning is show day, so up at 4:30 AM. While the girls are getting ready, I was off to Mc Donald’s for breakfast and coffee which because of my accent took 10 minutes to order — that was fun. At the show I saw a number of dogs what I liked a lot and took down their numbers for future reference.

Day 2 is a Welsh Terrier specialty day — again some very beautiful dogs on show. The winner of the speciality was a very lovely bitch Welsh Terrier (Keith’s Jennie) — I had the pleasure of seeing her a year before when I went to the Westminster Kennel Club Show; she was nice then and she had only gotten better with age. Later that afternoon I was introduced to Keith, Sharon, Luiz, and Tracey.

I was invited to a get together later that night with the welsh terrier people. The dog world is so small that to find out we have friends in common was lovely. I discussed with Keith that I was in the market for a Male Welsh, she said to give her a call later in the week. It was a very nice night.

Sunday was show day 3 and there was a blizzard due — it got very cold very quickly and at 2 PM in the afternoon everyone was clearing out ASAP as people feared the blizzard coming in. On the way home, I studied the catalogue and realized that all the dogs I had liked were all bred by, our out of, Shaireabs-Bayleigh.

On Tuesday, I gave Keith a call and she began to tell me about Logan. He was her up and coming dog for later in the year, he had been to shows but not for a while, and I could come and see him in Atlanta on the weekend.

So, we did the 8-hour drive to Atalanta to see him. I went over him and in my opinion he was equal or better than the winners the week before at the specialty show. I made an offer on him there and then.

In May of 2016 I got an email telling me Logan is ready to come to Australia and asking was I ready for him to come to out. Yes I was, so all-hands-on-deck with getting this dog out to Australia. Three weeks later Logan is out and spending his 10 days in Doggy Jail — just like our first settlers here in Australia (A bit of Australian history: we were settled by convicts from England — 7 to 10 years of hard labour). Three days after Logan gets out of doggy jail I had planned for him to enter a 3 day show. Logan was a little unsure with us as his new family, but once he got to the show he knew what he was doing — it was like he knew it was work time. On his first show day in Australia we won runner up to best in show, day 2 he won best terrier, and day 3 runner up best in show. With every day Logan bonded with us a little more. Logan Made his Australian Championship in 4 shows which is extremely hard to do.

Within 12 weeks of full time showing Logan had became part of the family and had travelled the distance of the whole of Australia winning best in show in every state. Logan won the Terrier Group at the Royal Queensland show — a very prestigious show — and won best in show at the Royal Adelaide Dog Show the 3rd Biggest show in Australia — he will be forever in the history Books (more explanation of what the history book comment is?).

Logan is helping to expand and improve the Welsh Terrier breed here in this country and in New Zealand. He has sired 2 litters and has one planned for March of this year. We have been very grateful to receive Logan. He is the complete package pet, stud dog, and champion show dog.

Logan Lives in the house in the air conditioning; his favorite spot is on top of a table. He plays with my 7-year-old daughter everyday and is very much a loved member of the family. 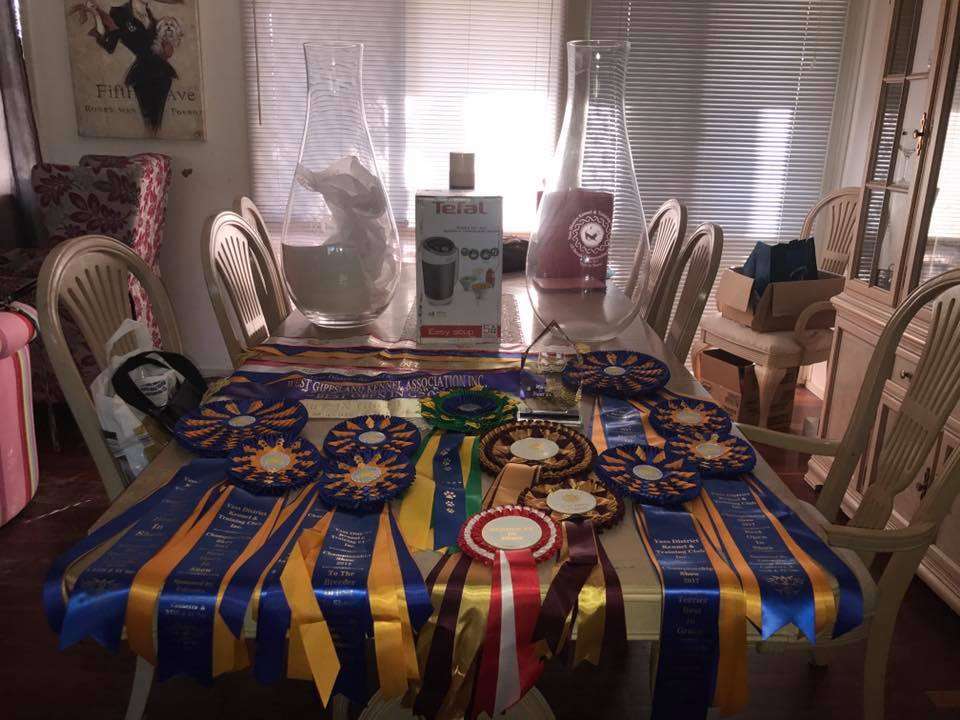