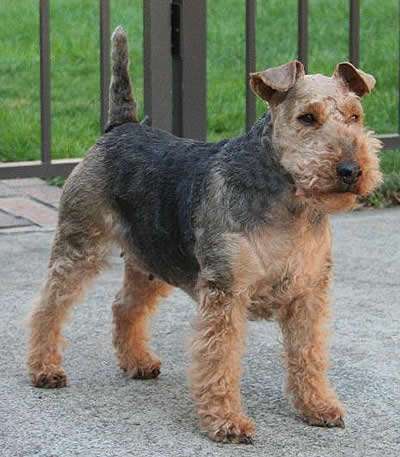 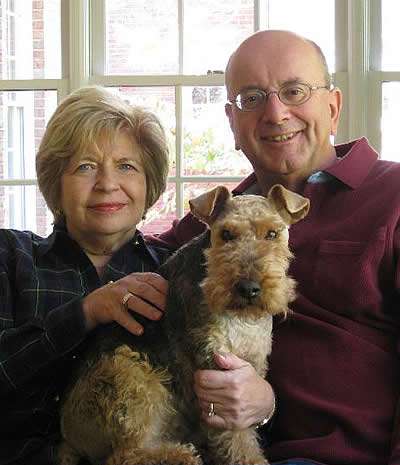 By George and Barbara Tibaldi

You never know when you make a decision how it can totally alter your life from that moment on. We made such a decision eight years ago when our son and his new wife brought home an adorable Welsh terrier from Sharon Abmeyer. Our son realized that leaving the dog all day while he and his wife went to work was just asking too much of their beloved new pet, so they asked us to be their daycare provider. We were retired and felt this little commitment wouldn’t inconvenience us too much so why not. The problem was we fell in love with the puppy called Bruce, so much so that within 3 months we had our names on a wait list with Sharon to get our own Welsh terrier.

Approximately a year later Maggie came into our world. We had always been pet owners, but somehow Sharon convinced us it would be fun to try our hands at owning a show dog. Maggie won our hearts from the start. She was a curious beautiful little puppy who got along wonderfully with our grandchildren. To fill her destiny she left us briefly to live the life of a show girl. Within a year of her first show Maggie finished her championship in Biloxi, Mississippi. She celebrated this win Welsh style, with a swim in the Gulf.

Maggie retired and over the next three years became a top producer. From Maggie’s litters, Shaireabs has accounted for two champions including Tara who has won four bests-in-show . Watching Maggie play with and discipline her puppies gave us endless laughs and reminded us how fortunate we were to have such a wonderful dog. We have had the privilege of being able to stay in touch with two of Maggie’s puppies from her first litter, my sister Eleanor and her husband Eddie are the proud owners of Tara, and our daughter’s family owns Ruby. From Maggie’s second litter we still stay in touch with Ginger, owned by Chris Moran, and from Maggie’s third litter we still hear about Abby, Ch Shaireab’s Guest of Honor, owned by June Sweeney. It is incredible to hear that all these people whether show dog owners like Eleanor, Eddie and June or pet owners like our daughter and Chris, they love their Welshies as much as we do.

At eight years old Maggie is now completely retired, and enjoys our leisurely pace. She is a loving housedog and a devoted friend. She loves going on long walks, and is never too tired to remind all the neighborhood dogs she passes that they are fortunate that she lets them walk on her street.
At night she loves to lay at the end of our bed and watches about an hour of TV with us, then she hops down and walks to her crate and stands there until someone lets her in. She has a schedule, and she makes sure we follow it.

Terriers are ratters by nature, but curiosity is strong in the Welsh. Maggie discovered frogs by our pond and has left small rodents to other terriers in her quest to become an official frogger. There has never been a dog more excited about rain than Maggie. She is so clever that she has realized that the rain brings out the frogs, and she stands by the door knowing she is one step closer to her lifetime goal.

Bruce, our son’s dog, still visits, and Maggie enjoys his company, as long as he remembers that she is first out the door, up or down the steps and in the line for dog treats. Bruce has aged gracefully and is still a wonderfully sweet natured terrier and understands Maggie’s needs, and humors her when he remembers to. Her daughters are not on her list of welcomed guests. As with all female Welshies, Maggie has no tolerance for other female hormones around her.

decision to take care of Bruce what a life changing decision it was, however sometimes these simple decisions in our lives bring upon wonderful changes. Not only do we have a wonderful companion in Maggie, but we have also gained lifelong friends with Sharon, Keith and the rest of the Welsh Terrier family. 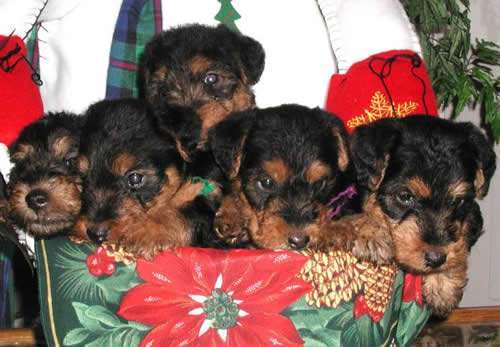 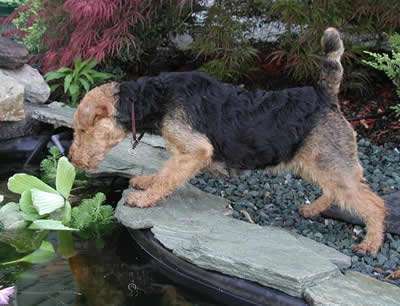 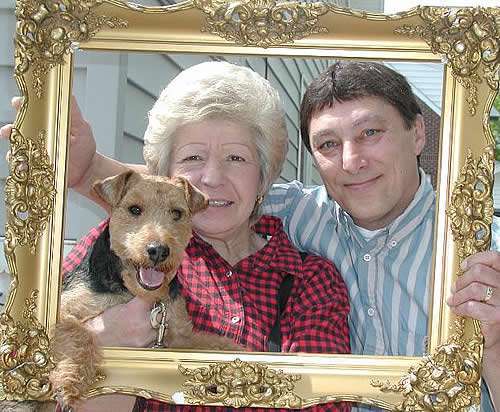 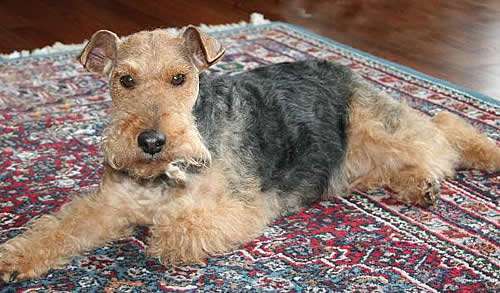