In 2007 I lost my Yorkie-mix, Gus, to old age. After more than two years without a dog, I decided that it was time. I had always wanted a Welsh, and had joined a Welsh group on Facebook. There, I saw a note (posted to the general membership) that said “If you are in Tennessee, we know a wonderful breeder in Knoxville.” And, that’s how I got connected with Keith—it turned out that we lived less than 10 minutes from each other! The timing was perfect; Keith & Sharon happened to be ready to place Mya (Ch. Shaireab’s Bayleigh Sneak Preview) in a forever home. My home is pretty perfect for Mya: no kids, no other dogs, no cats—we had a fish, but since it didn’t divide my attention Mya was ok with it. She wasn’t sad when it died, though. She really does like to be the center of my world.

Mya came home with me on New Year’s Eve, 2009. We immediately started with potty training. When Keith or Sharon says to you “Our dogs don’t know what to do on a  leash,” they mean it. It’s a bleeding miracle if Mya pees when she’s on a leash. If you’re getting an older dog, just buy an x- pen or get your yard fenced & be done with it. Mya walks beautifully on a leash—she just doesn’t do anything else on one! She potty trained pretty easily, but when under great stress (like when we moved to Indiana), she will go on ‘potty strike’ & refuse to do any business when I put her out. She waits until I’m not looking, and then does something untoward in remote parts of the house. This is only in times of great stress, mind you. Most of the time, she’s pretty good about heading outside —even when it is -15. We also got a dog trainer right away; Mya learned sit, down & stay very easily—Mike the miracle dog trainer said he’d never seen a dog pick up ‘stay’ as quickly as Mya did. She even started learning to heel, but then had to take a training break in order to have her last litter of puppies. The one thing even Mike was never able to get her to do? Come when called. I’m told this is a breed characteristic—that doesn’t make it less frustrating! My neighbors are very used to hearing me patiently call Mya several times, until I finally bust out with “Mya Carys Atchison, get in this house right now!” Neither approach works. She comes to the door when she wants to, comes because I have a treat, or she comes when I squeak a toy.

Mya is a toy fanatic; if it squeaks, she wants it. She literally sat, tail quivering, and watched all of the last Shrek movie because he kept squeaking a toy. The more she loves a toy, the less time it lasts. We go through a lot of toys in this house. Other than that, Mya is not a destructive dog; she never even gets in the trash. The only thing of mine that she has ever destroyed was a disposable razor—and gave me a heart attack in the process! I turned the corner, and there she was with the handle sticking out of her mouth like Churchill’s cigar. It took me 10 minutes (of sheer panic) to find the head. I later caught her trying to filch another one off the side of the tub, so they now go up high where she can’t get to them.

“If Mya were a person, she’d be Amy and if Amy were a dog, she’d be Mya.” That’s how Keith describes us to people…and it’s really not much of an exaggeration. We’re both independent, stubborn, prone to barking first & asking questions later, selective about the people we get close to, and very loyal to our chosen few. We do have one key difference (not counting her lack of opposable thumbs): Mya is not a morning person. When I get up, she grumbles. I call it back-talk, and she’s very good at it. Her vocalizations leave little doubt that she is not pleased that I have disturbed her beauty rest. My friends are all stunned that she never wakes me up to go out or to get breakfast. She is quite content to stay in bed until I pry her furry little body off the pillow. She did wake me once—I was sick & had been asleep for 16 hours; she kept nudging & pawing until I got up. I like to believe she was worried about me, but it’s more likely that she was concerned that I might not feed her.

 Mya need not worry, though. If I were indisposed, our neighbors would be right over—they are completely in love with her & have been since we moved to Indiana in August. Chuck & Susanne took one look at her & were hooked. Within a week, Chuck had been to the pet store & purchased a stock of treats. Now, they bring treats every time they come outside—just in case Mya is outside at the same time. Mya immediately goes to that side of the fence every time she goes out—just in case Chuck & Susanne happen to be outside, too. Mya has adjusted really well to Indiana (the potty strike didn’t last long). I put in a hammock & she enjoyed swinging in it this fall. I also planted 72 tulips & she loved those, too. She thought they were balls & kept trying to run off with them. But, once I got them in, she didn’t dig them up; my Mya is not a digger. I totally lucked out—not destructive & not a digger.

 Now, she has decided that she loves snow. She loves to catch snowballs, even if she can’t quite figure out where they go after she catches them. She also loves for me to throw snow in the air when I shovel; she eats it as is falls on her.

 Mya often goes into the office with me on weekends—I call it “Mya goes to college.” Susanne got her a jacket/backpack combo for these trips to campus. I put treats & a ball in the backpack & she blends right in with the college kids. She usually curls up in the corner while I grade papers & write lectures, but sometimes I catch her doing some light reading. I tried practicing a lecture on her once, but she started to back-talk—I think she was telling me that she has no desire to hear the details of tripartite bargaining in European corporatist systems. I can’t imagine why not.

She hates the computer (as you can tell from the picture), because when I’m on it, she doesn’t get my undivided attention (translation: I don’t have a hand with which to pet her!). But, we’ve worked out an acceptable compromise; she lays next to me & I rest my arm on her. As I type this, she is curled up next to me, snoring softly. It’s almost bedtime, so I’ll soon cajole her awake & send her outside one more time before lights out. I’ll let her in & she’ll get in the bed while I brush my teeth; she likes to curl up on my side of the bed & then she back-talks when I move her. In the morning, the alarm will go off & she’ll back-talk, and we’ll start our whole routine over again—I wouldn’t have it any other way! 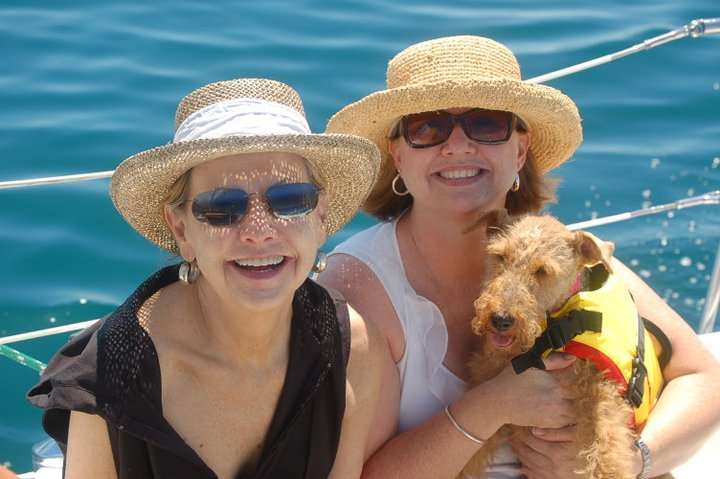 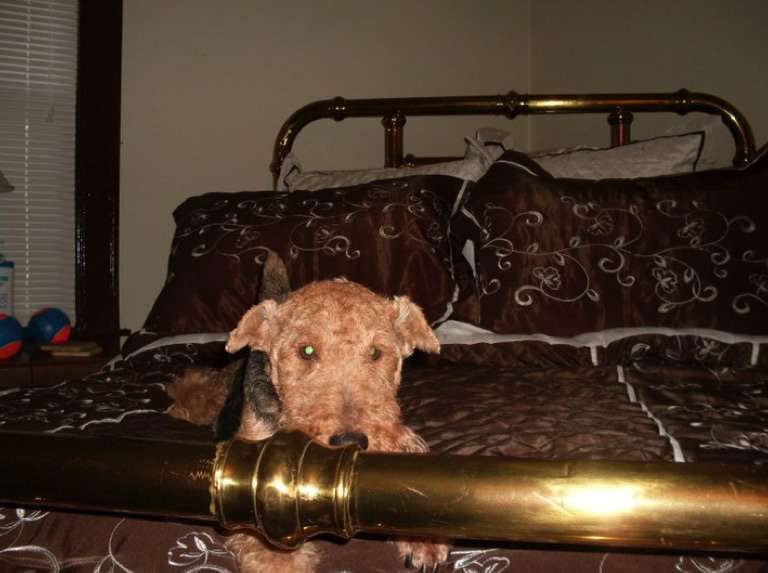 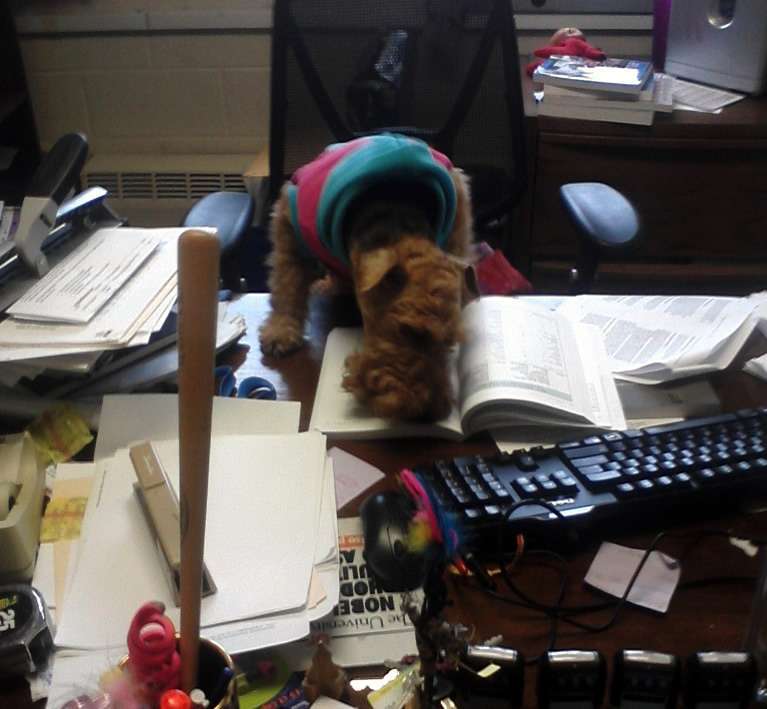 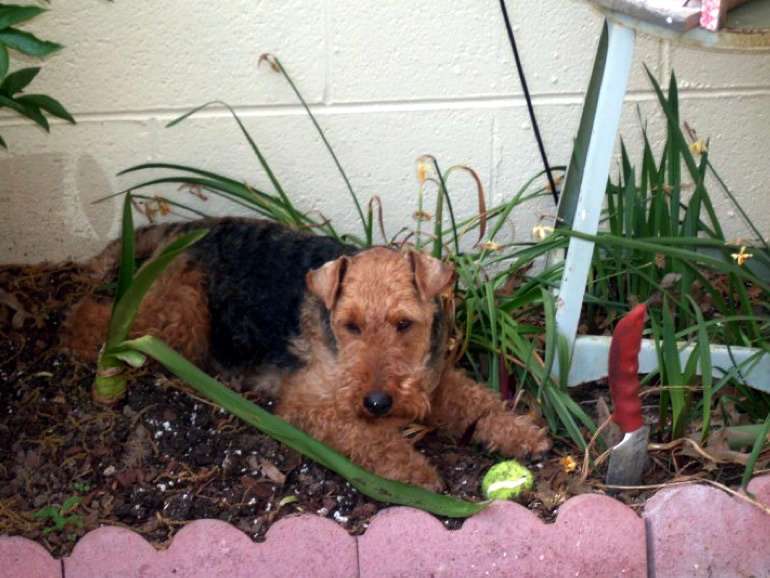 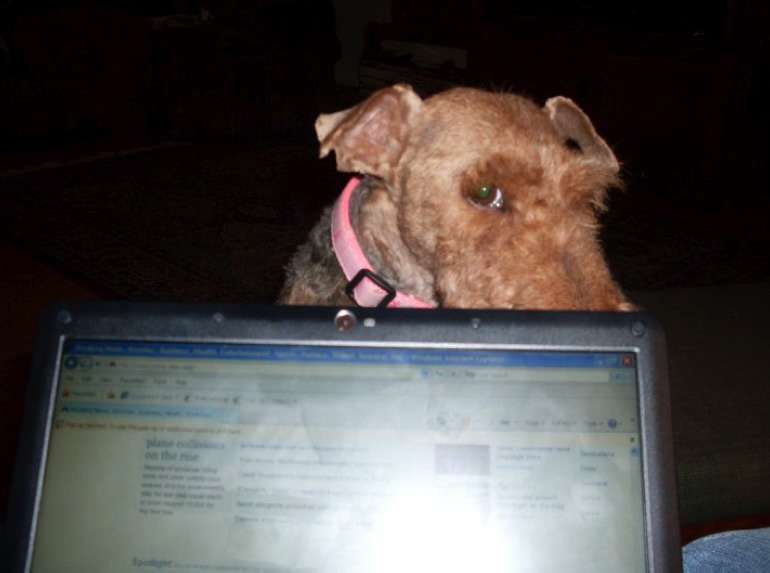 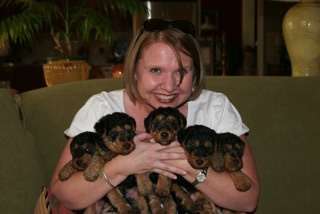 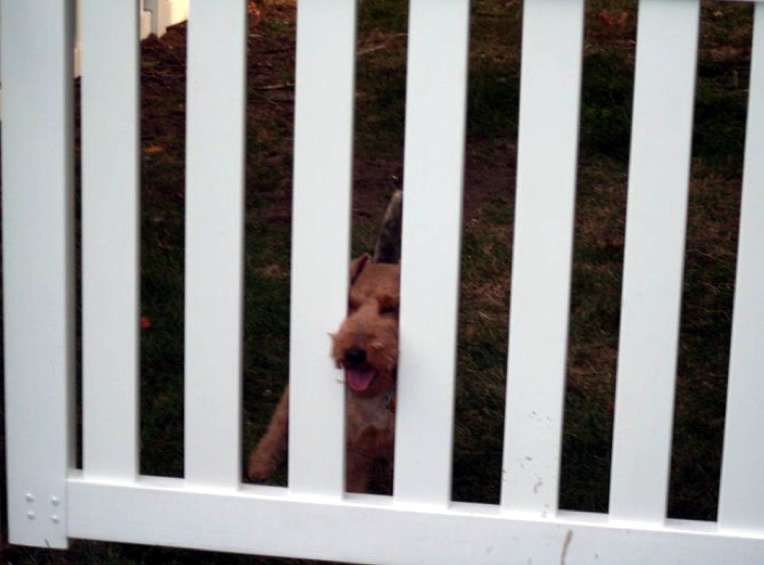 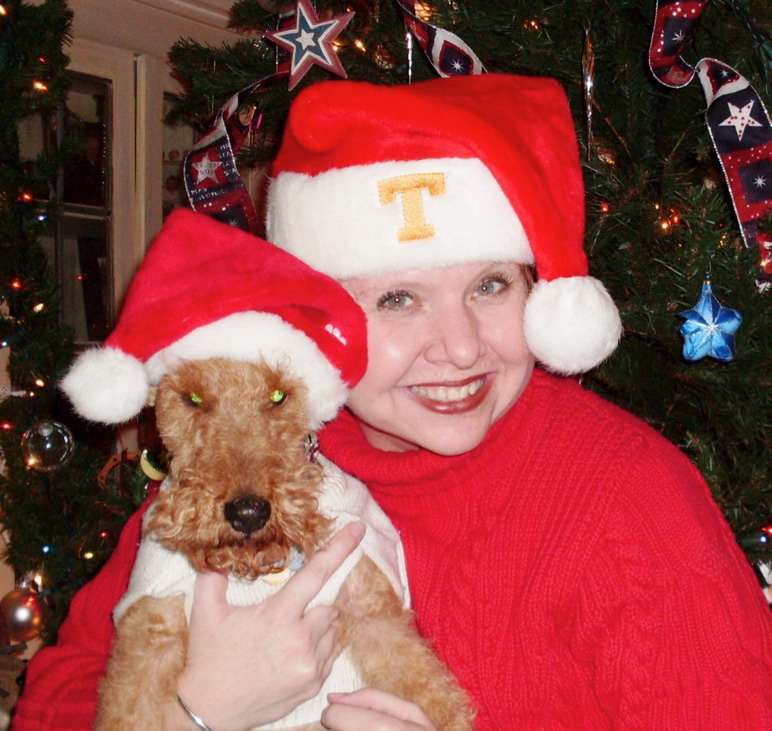 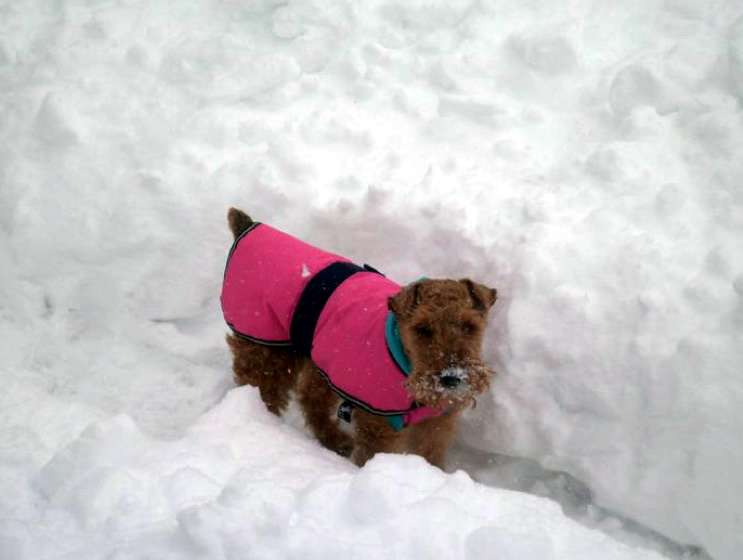 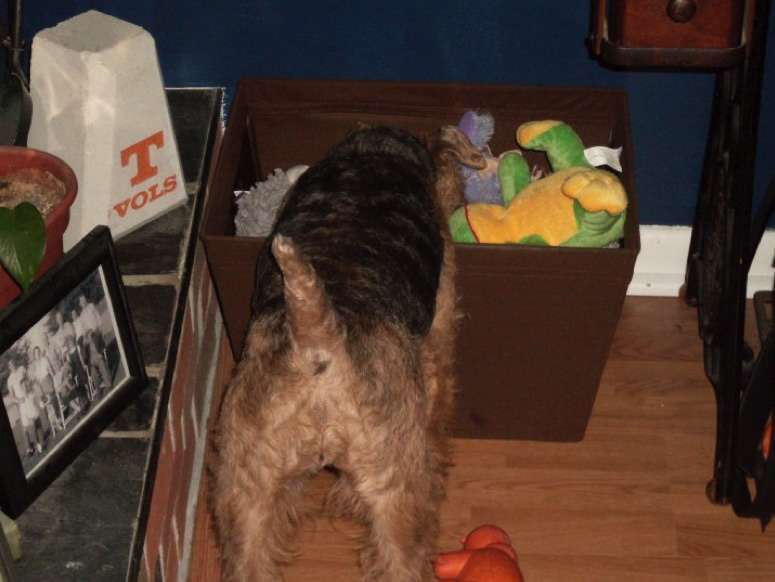