Recent events for Bayleigh Welsh Terriers have reminded us of some Bayleigh history!

Spyder’s son from his last litter, Dazzle, bred and co-owned by friend Janet McBrien, is now being shown by Tracy. Together they have achieved a great deal in the short time they’ve been in the show ring in 2018. Six shows later, Dazzle has become a Grand Champion and recently achieved his first Best in Show at Magic Valley Kennel Club.

Last Year, at the Same Show… 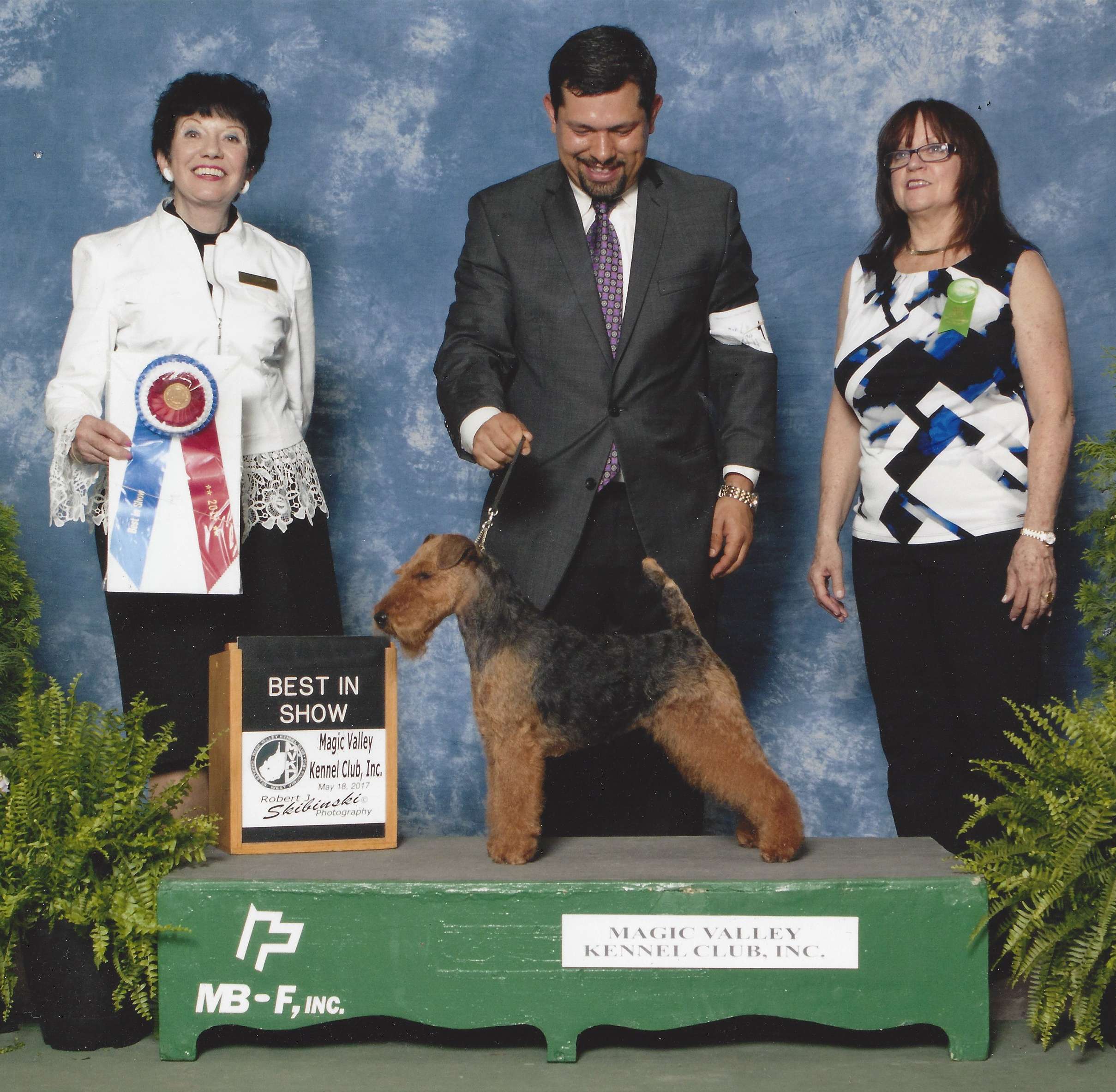 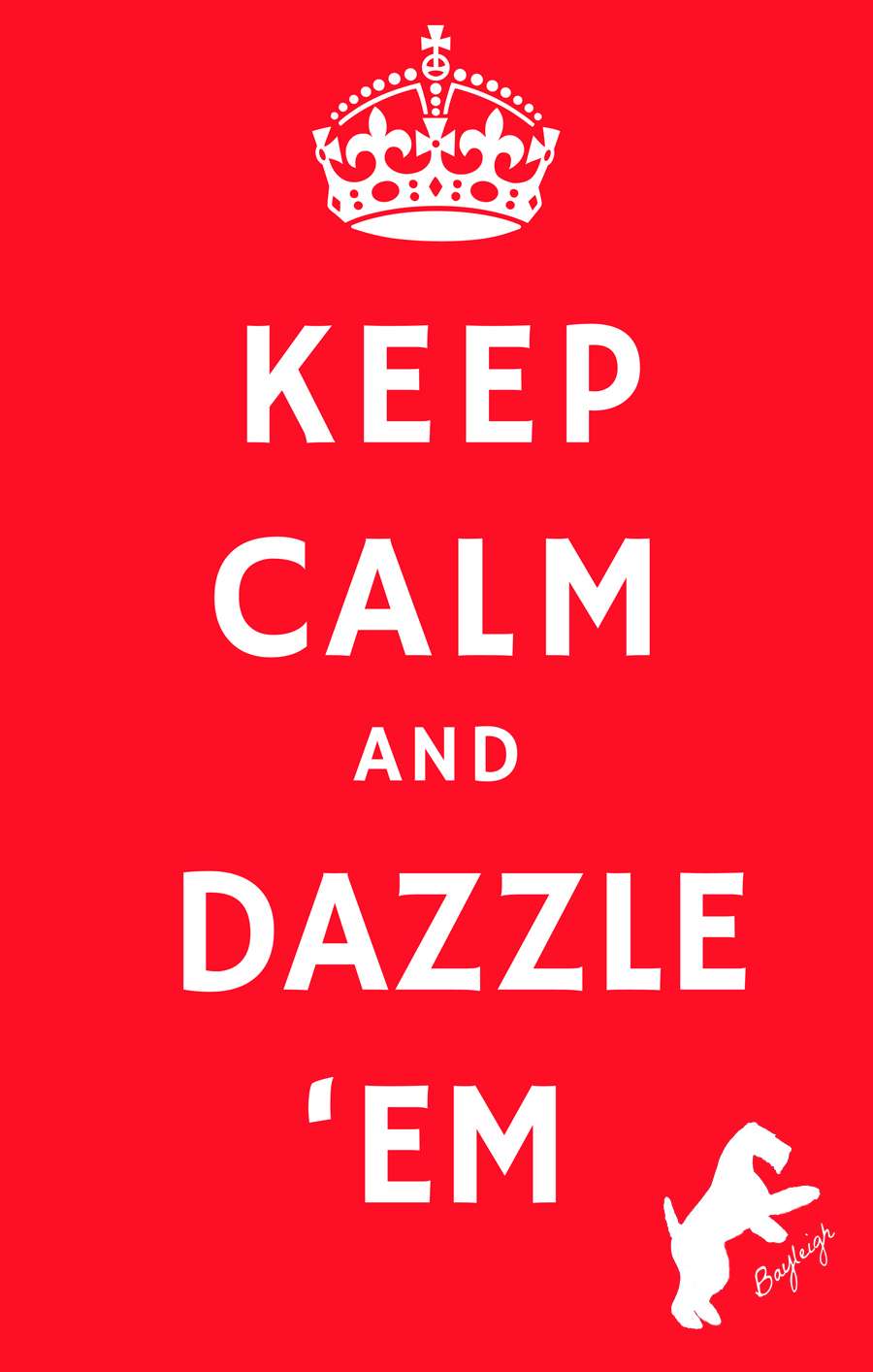 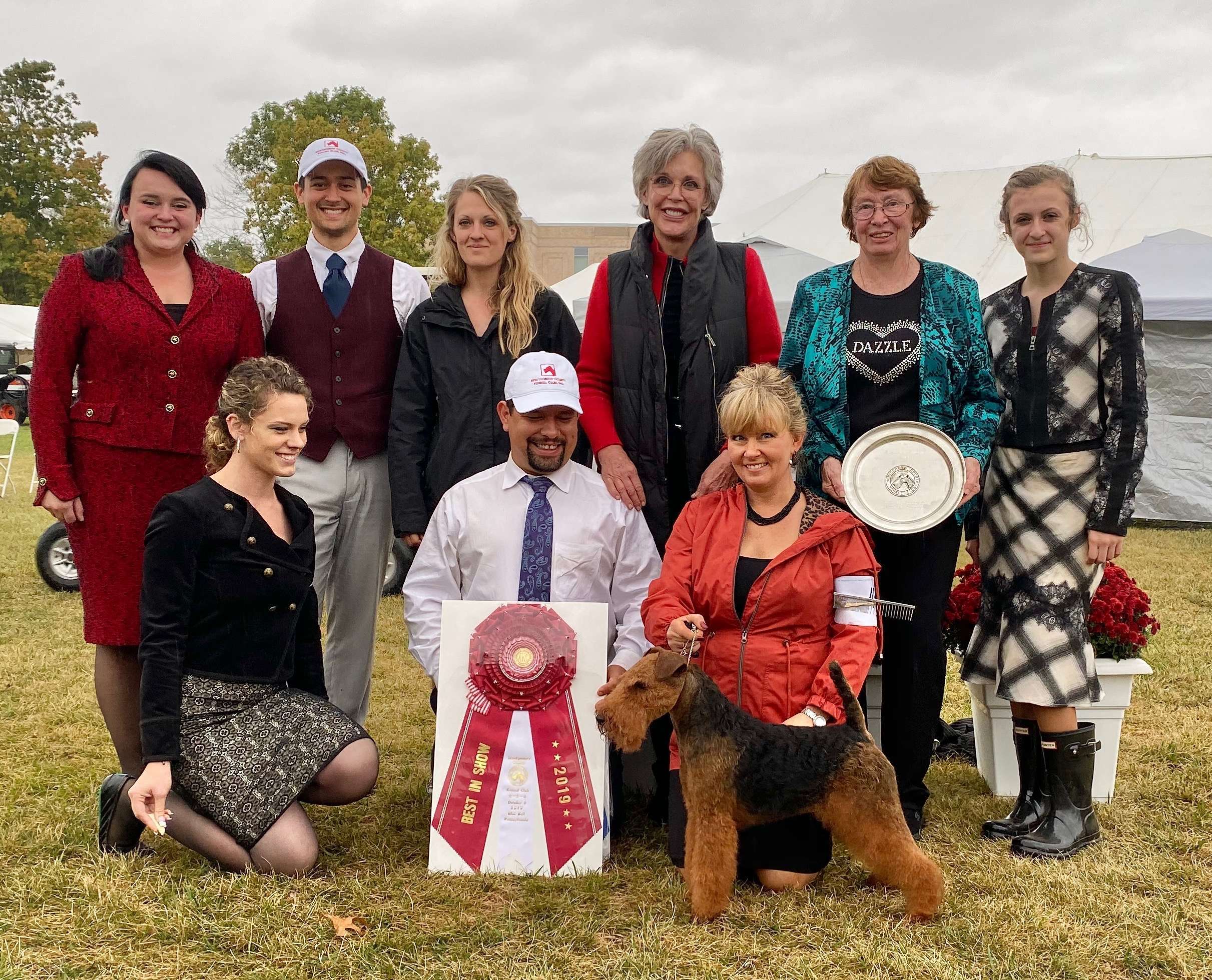 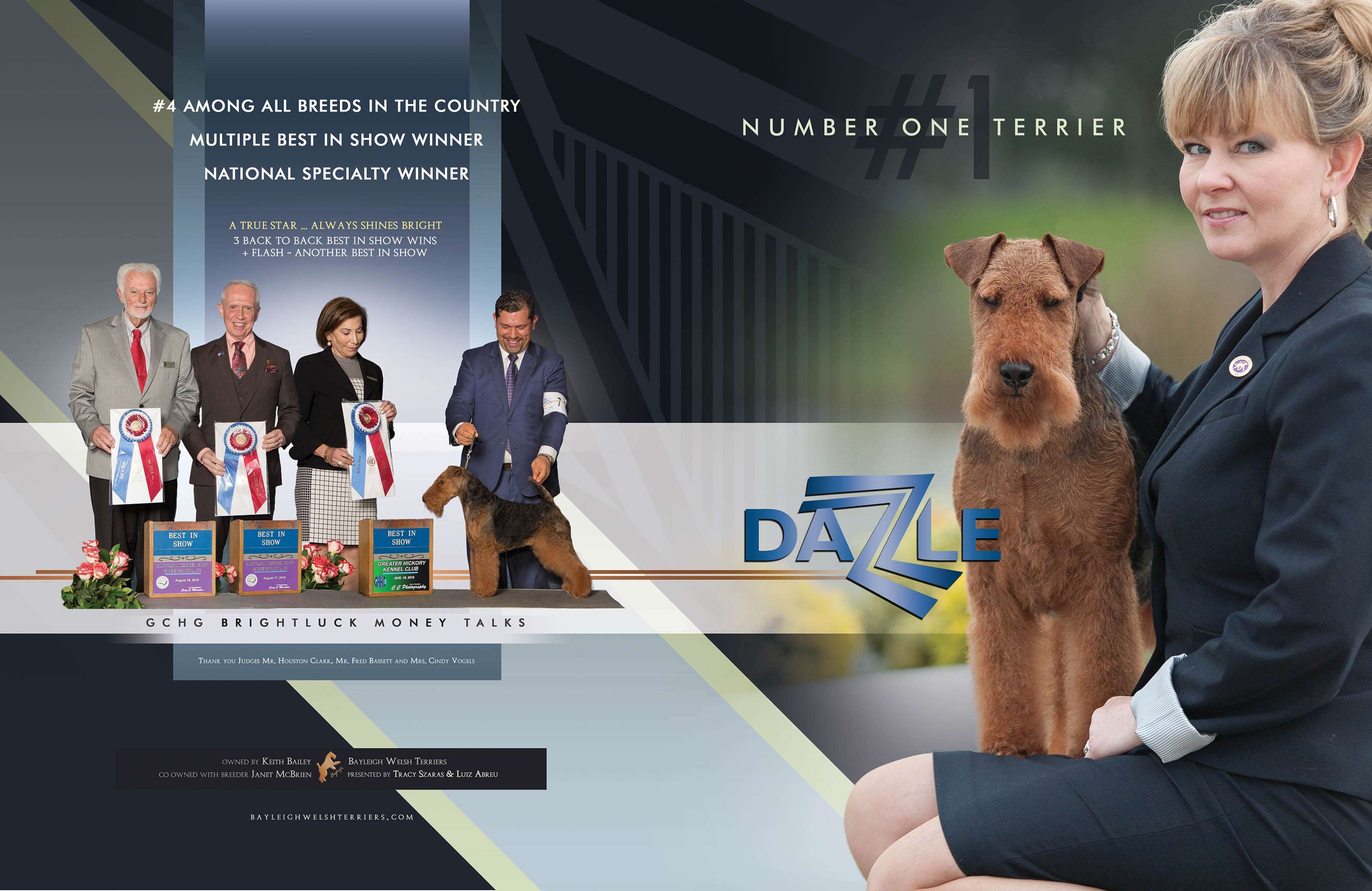 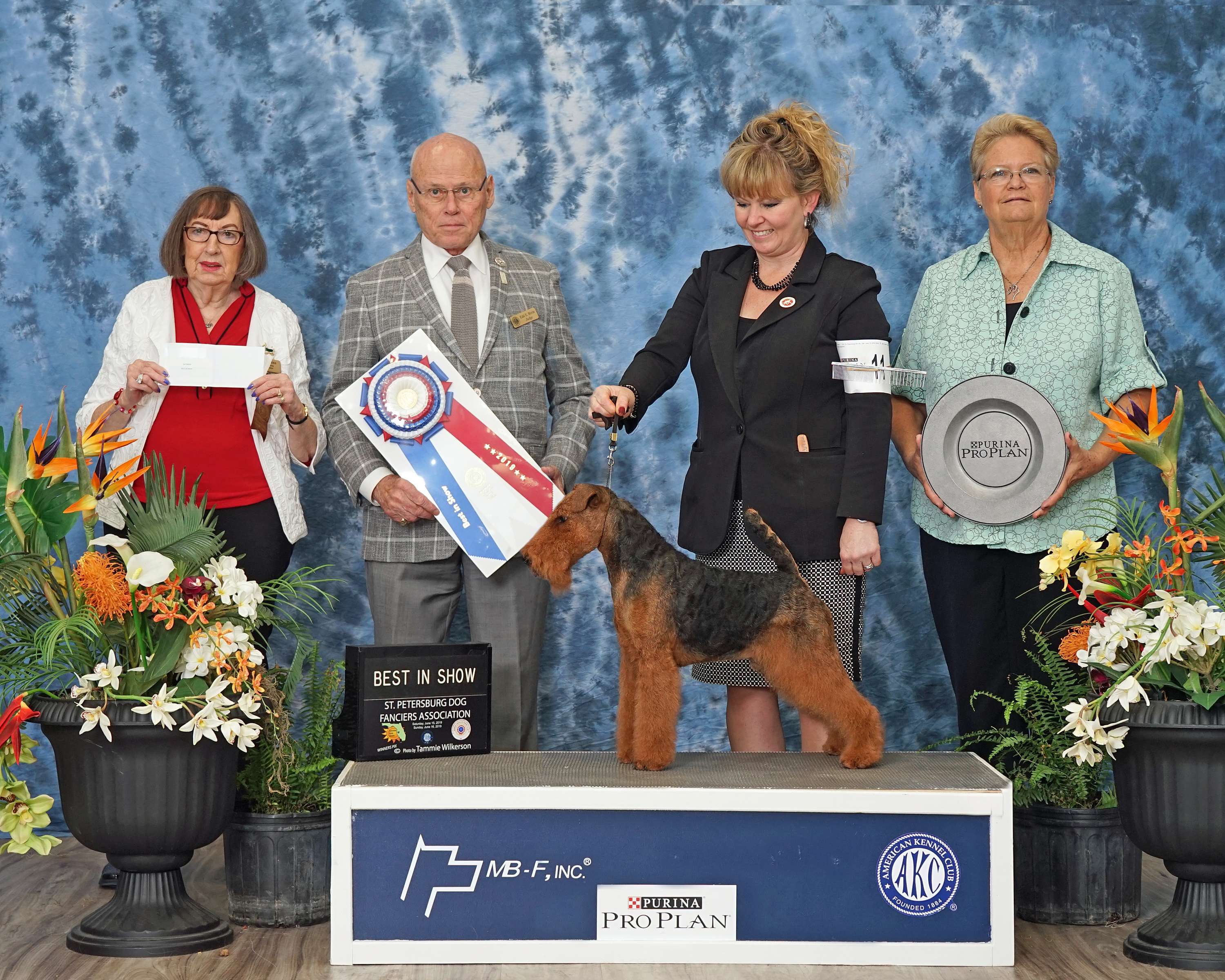